To be clear, the term “17th century witchcraft” is talking about the years from 1601 until 1700. Which makes it the 1600s, not the 1700s as some assume. This would be the period after “medieval witchcraft”, which spans the 5th and 15th centuries. Just to be clear on the timeline.

The main theme for 17th century witchcraft, was the growing hysteria surrounding witches and the increased intolerance of the Old Ways from the church. Witchcraft trials were becoming more common throughout Europe during these years, though they had been going on for hundreds of years previously.

Larger trials that took place during the 17th century in Europe, particularly Germany include:

Wurzburg witch trials (1626 – 1631) – also close to 200 people executed, many burned alive. Hundreds more were killed in the regions around the city itself.

Though accusations and executions for the practice of witchcraft were taking place all through England, Scotland, and many other European countries, the best known of them all were the Salem Witchcraft Trials. They took place in 1692, and 20 people were eventually executed over the course of several months and several separate trials. Definitely not the largest, but probably the best known because it was in North America rather than Europe.

Overall, witchcraft during the 17th century was more about fear and persecution than real magickal practice. It’s highly unlikely that any of these unfortunate people were actually witches, but rather were killed out of fear and for the pursuit of greed. But these acts dominate history for these years, and there is little known of any real witchcraft during this time. 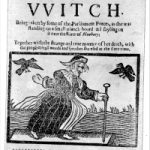 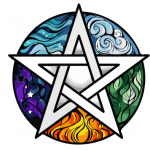